After much anticipation, Acer is back with a new lineup of Swift laptops. The company has introduced the Acer Swift 5 and Swift 3 laptops and they pack impressive hardware. For instance, we get the 12th gen Intel Core CPUs which are the latest offering from Intel for the computing segment. While there are companies launching 11th Gen or even 10th Gen Intel Core-powered laptops, it’s good to see that Acer is ready with the latest technology. Besides the performance, the two models also bring a bunch of new upgrades to improve the life of its users.

The Acer Swift 5 flaunts a 16:10 display that will help to view vertical content more comfortably. Or at least, in a better form than regular 16:9 displays. The device also offers a two-tone aluminum shell of the new Acer Swift 5 to reflect the exquisite design. The device packs 16 GB of RAM and 2 TB of SSD storage. The Swift 5 comes well kitted for high performance and multiple applications without the laptop being unnecessarily slowed down. The battery also offers up to 10 hours of activity on a full charge. The collection of ports available for the device offers a lot of options in connectivity. The Acer Swift 3 still sports a 16:9 display and a 2 TB of SSD storage. A similar width in connectivity options is also available with the new Swift 3 laptop. The device comes in several color options. 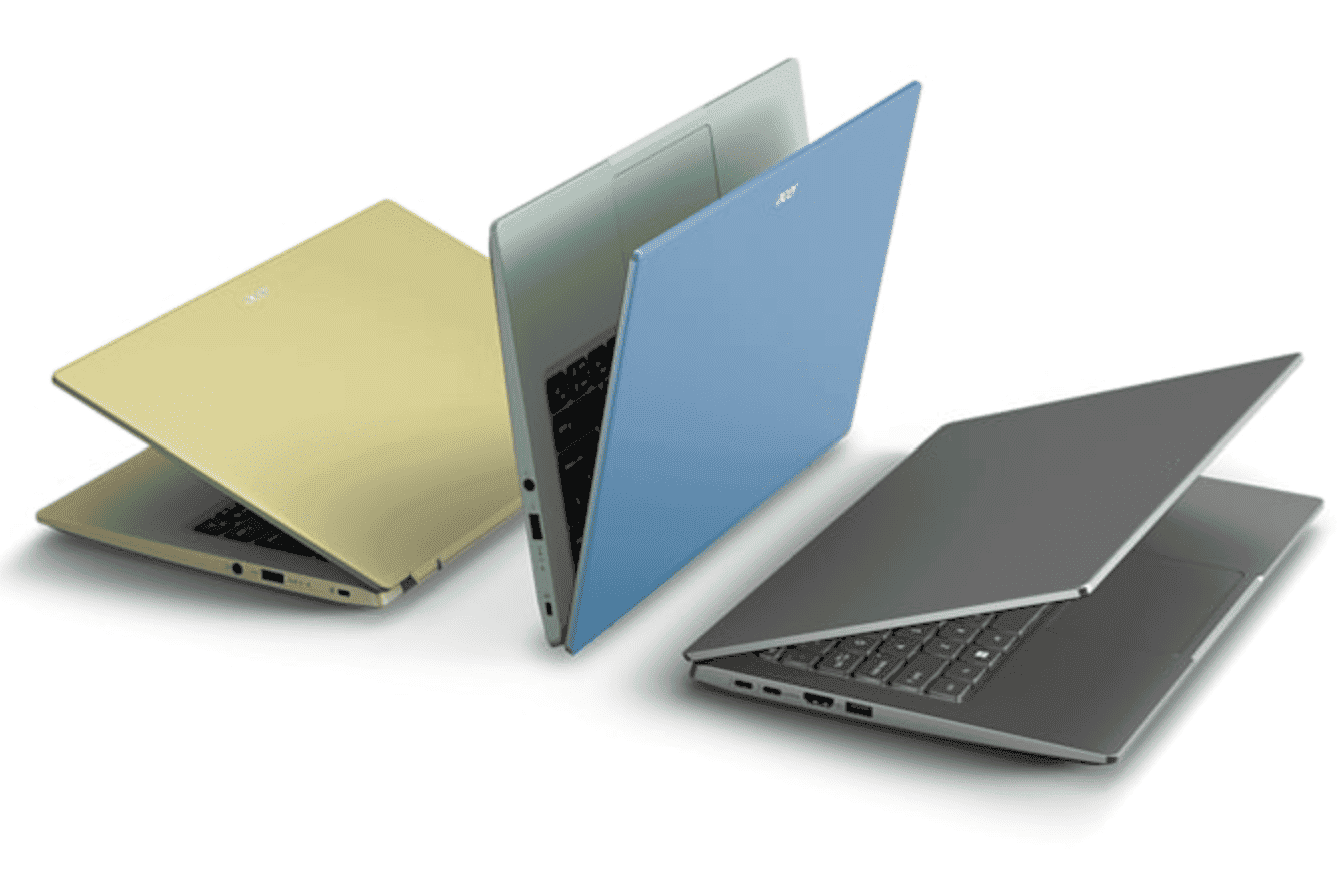 In terms of opricing and availability, the two new Acer Swift models will begin shipping from June 2022. The models have a starting price of around $850 for the Acer Swift 3. Meanwhile, the higher offering, Acer Swift 5 has a starting price of $1,499. However, this depends on market and region. The price of the Acer Swift 5 may vary depending on the region. Especially, when the 2020 model, its predecessor, wasx sold for nearly $1,000. That’s a major price hike if we take the $1,500 as our north. The company will decrease or increase the price depending on the market and its specific strategy.

Acer still sits as one of the top companioes when we talk about laptops. The brand certainly will bring these devices to key markets like India. It’ll be targetting the likes of ASUS which had also updated its laptop lineup in certain markets. We are curious to see if the 12th Gen Intel Core processors will be enough to make these devices sell over the competition.

This is more oriented to the standard user, but Acer also has options for enthusiasts such as the Acer Swift X series that bring RTX graphics cards and Ryzen processors.